Today I was looking for some robust/fast way to track hands in OpenCV. At the beginning I turned my attention to classifiers such as: Haar cascade, Convolutional Neural Networks, SVM, etc. Unfortunately there are two main problems with classifiers: slinding windows and datasets.

Given this two problems, what to do? One possibility is to use the histogram backprojection algorithm.

We define also a function \(h(c)\) that maps the colour \(c\) of the pixel at \((x, y)\) to the value of the histogram \(R\) it indexes. Using the slang of Swain and Ballard we can say that the function \(h(c)\) backprojects the histogram \(R\) onto the input image. The backprojected image \(B\) is then convolved with a disk \(D\) of radius \(r\). The authors recommend to choose as area of \(D\) the expected area subtended by the object. If you want more technical details I suggest you to read the original article which is not so long and it is well written. Since the backprojection process can be hard to grasp I realised an image which explain what’s going on: 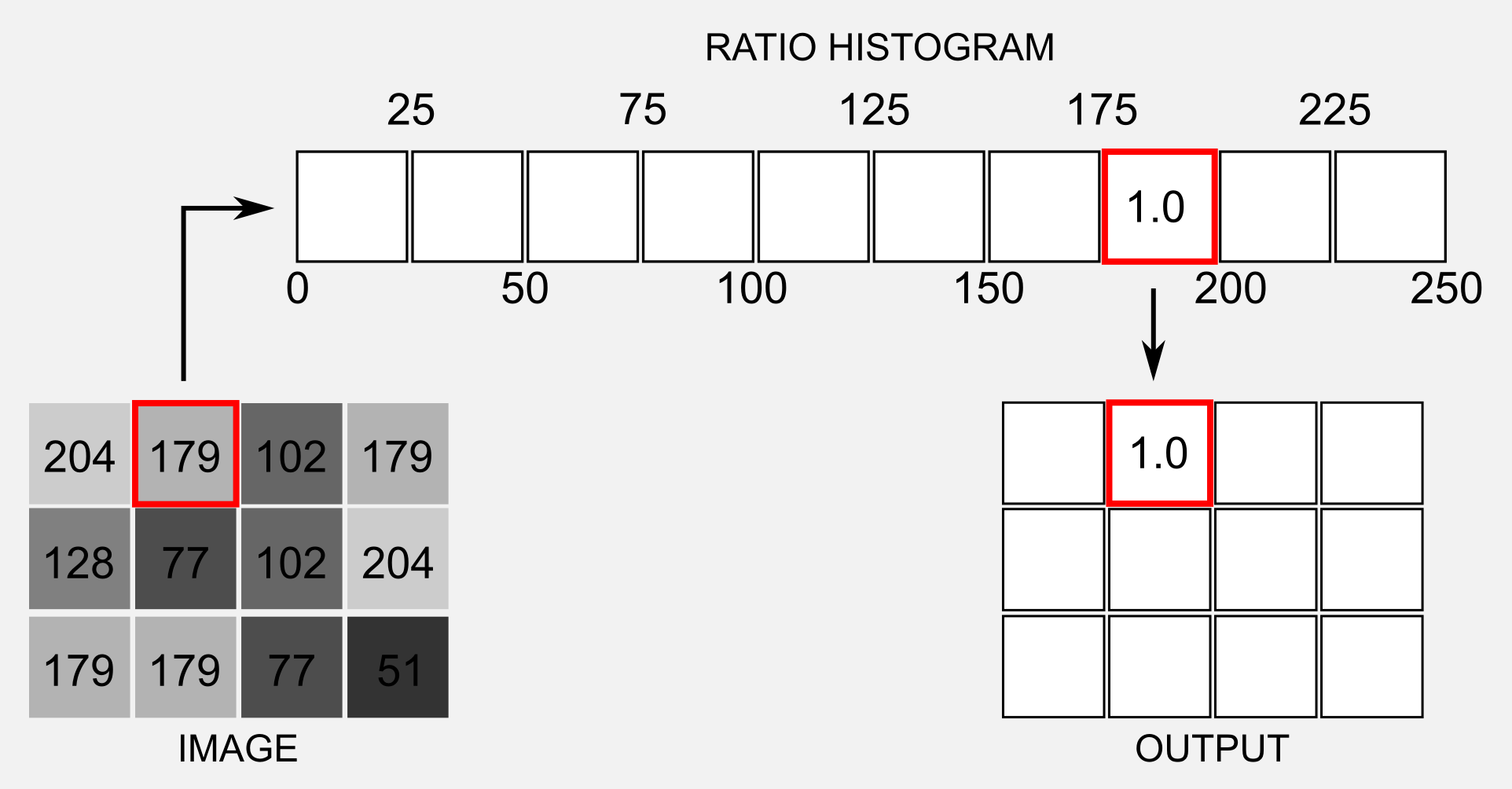 To simplify I took into account a single channel greyscale image and I considered the first (3x4) pixels on the top right corner. Each pixel has a value in the range [0,250]. Tthe pixel at the location (1,2) has a value of 179. We have to access the ratio histogram \(R\) and find the bin which corresponds to 179. Using a 10 bins histogram the position representing the value 179 is the number eight (bin [175, 200]). The value stored in this position (1.0) is taken and assigned to the location (1,2) of the output matrix, the image \(B\). This is the backprojection in a nutshell. Ok, it is time to write some code…

The next step is the equivalent of the function \(h(c)\) which maps the pixel of the input image to the value of the ratio histogram \(R\). Here I supposed that the bins were equally spaced and that the highest pixel value was 255, however this is not always the case:

We call B the image returned by the return_backprojected() method. In the next step we apply a circular convolution of radius r to the backrpojected image B. Numpy does not implement a 2D convolution operator we use the OpenCV method cv2.filter2D:

Implementing the algorithm from scratch is not necessary because OpenCV has an useful function called calcBackProject. I will use this function to isolate the tiger’s fur in the image below (which you can download here): 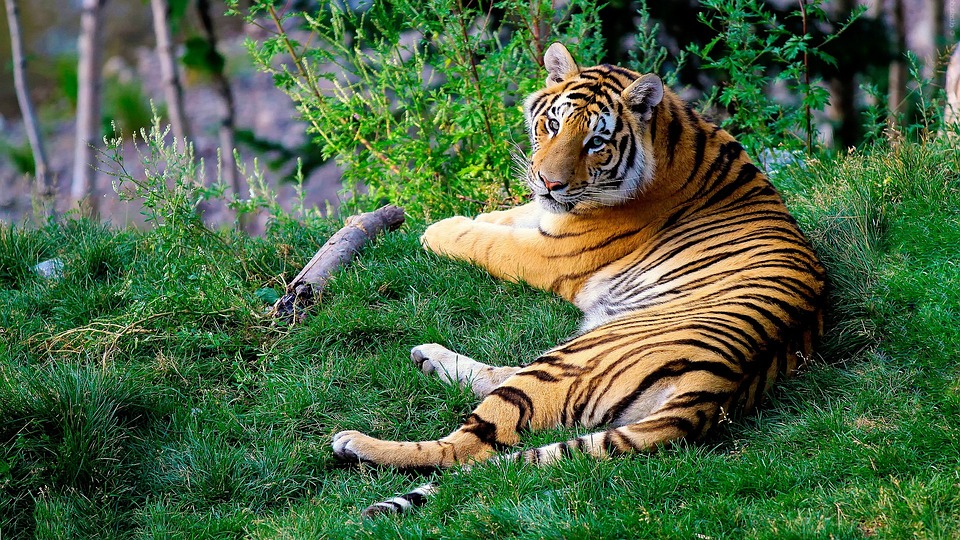 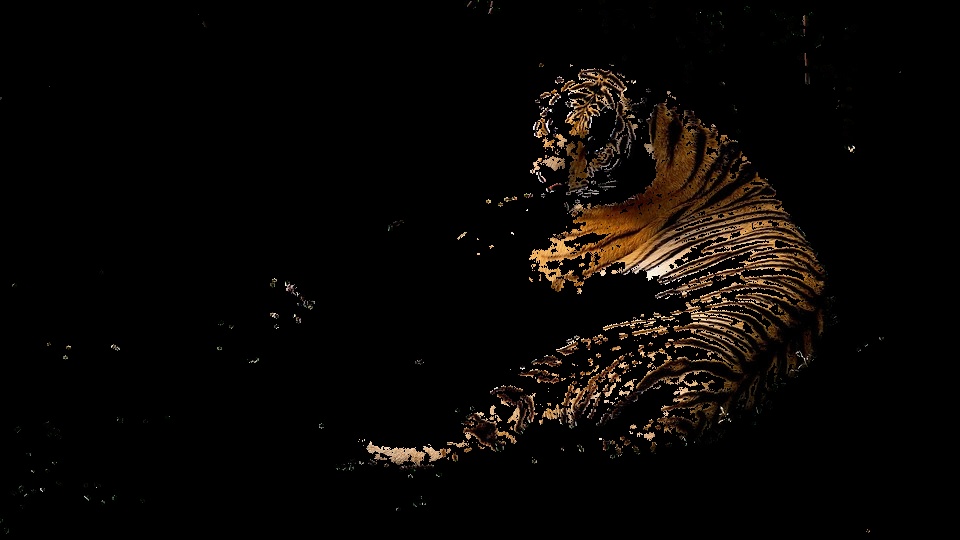 We can obtain better results applying the algorithm multiple times and using different models sampled from the object we want to find. I implemented a multi-backprojection version of the algorithm in deepgaze. The class is called MultiBackProjectionColorDetector and it can be initialised and used in a few lines. The main advantage of the deepgaze class is that you can pass a list of models and accumulate the results of each filter: 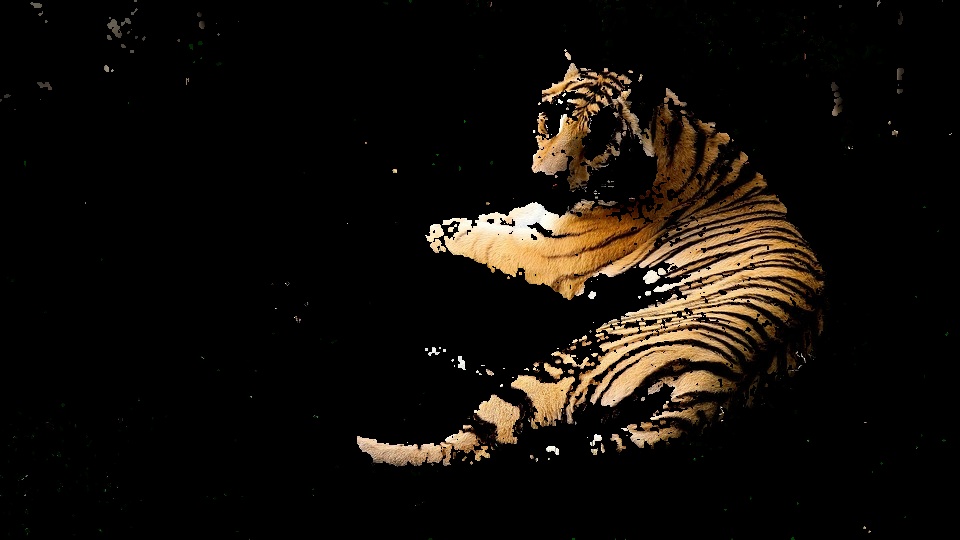 As you can see we got better results. Having multiple templates allows the model to have a more complete representation of the object. This approach can have some issues, having more templates means having more noise. In fact the amount of background noise captured in the second image is higher than the first one. An intelligent use of morphing operations can attenuate the problem, in this sense the choice of the kernel size is crucial. The full version of the code (and the five templates) is available on the deepgaze repository.

We know the theory and how to implement the algorithm in python, it’s time for a real application. While I was writing this post I lost my internet connection (probably because Valerio Biscione was abusing the network). When you lost the connection and you are using Chrome a tiny dinosaur will appear. This 8-bit T-Rex can jump when you press UP and drop when you press DOWN. The goal of the game is to go on until death (in my case it happens quite soon). To play the game you don’t have to turn off your router, here you can find an online version. I recently saw an amazing video on youtube made by Ivan Seidel where the genetic algorithm has been used to evolve autonomous dinosaurs that can go ahead with an impressive accuracy. Recalling that video I came out with this idea: implementing an hand controller to play the Dinosaur game. Hand Up > Dino Up, Hand Down > Dino Down. In Linux it is possible to simulate the keyboard using the evdev event interface, which is part of the Linux kernel. In a few lines we can create our simulated keyboard and press KEY_UP and KEY_DOWN when we need it. For example, if you want to press KEY_DOWN for one second the minimalistic code to use is the following:

Remember that for security reason it is possible to use evdev only if you are superuser (run the script with sudo). I wrote the code using deepgaze and in particular the two classes MultiBackProjectionColorDetector and BinaryMaskAnalyser. Using the multi-backprojection I obtained the mask of my hand and with the method returnMaxAreaCenter() of the BinaryMaskAnalyser class I got the centre of the hand. When the centre is higher or lower than a predefined level the script executes a KEY_UP or a KEY_DOWN using evdev. This part should be very intuitive so I will not expand it further. You can watch the video on YouTube:

As you can see it is not so easy to control the dinosaur. Most of the time I was not able to anticipate the incoming cactus, but I am not good at this game also when I use the keyboard properly! If you want you can try, the full code is available on the deepgaze repository. Hopefully you will get an highest score…